MAJOR7 founded at the end of 2010. The style of music is Progressive Psytrance with a modern progressive club beat, refreshing sound that integrates powerful tight basses & aggressive but warm production with a moderate tempo groove and fresh techno elements of futuristic music, combined with psychedelic atmosphere & uplifting Melodies. MAJOR7 are the leaders of the next generation in the progressive psytrance sound and are known for their unique color, stamp & sound, for many artists Major7 are Teachers & Mentors. MAJOR7 road started with iboga records , but released tracks in other quality labels such as echoes , Iono , spin twist & Hommega & currently belong to X7M Records their own independent label - which nowadays after short time of 3 years only become one of the strongest labels in the Psytrance market . All their releases constantly conquer top 10 psytrance charts , and some of them were even top 1 place for weeks .

Major7 First full studio album Rezonance released on October 2012 was chosen as the best album of the year.
From this album 6 tracks were on top 10 beatport psytrance .
The biggest hit from this album "MajorMode" was a top 1 for over 2 months!
Their Second studio Album Toxic Generation Musiс was release on October 2016
Among the 12 tracks on this album were huge tracks such as Inequality, Sequence & Stranger to Yourself Remix as well as Shanti Pakshee. 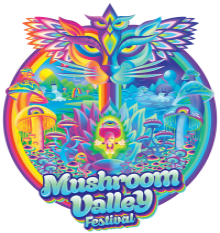